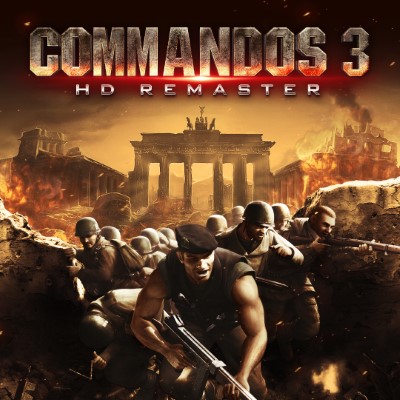 Fall in, soldier! Commandos 3 – HD Remaster sends you to the relentless and unforgiving battlefields of Europe. Fight your way through the deadly trenches of Stalingrad, defeat the German enemy in the fanatical heart of the Third Reich in Berlin, and use your tactical know-how to survive the storming of Normandy on D-Day.

In this revamped third instalment of the acclaimed real-time tactics series, lead a notorious special forces unit deep behind enemy lines during World War II. Help the Allies to victory in high definition, with improved controls and user interface.

• Lead 6 daredevil commandos: the special units under your command, from the Green Beret, Sapper, Sniper, Diver, Spy and Thief, are experts in their field and crucial to the success of your mission

• Story and action-driven missions: follow a crack team of commandos in a time of great peril, Commandos 3 – HD Remaster includes even more detail and action than its predecessors

• Rally your troops for multiplayer: compete in ‘Deathmatch’ or ‘Collect the Flag’ modes for 2-8 players, all with distinct victory conditions