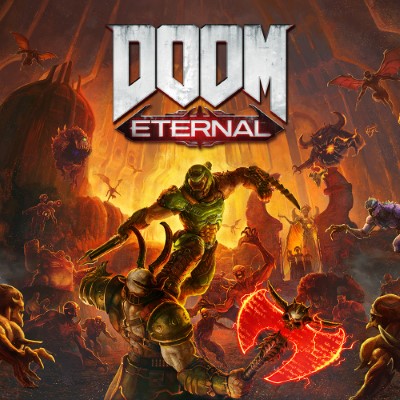 | Ancient Gods Part One DLC Information: |
| |
| The Ancient Gods ΓÇô Part One is the first campaign expansion for the |
| critically acclaimed DOOM Eternal. Your war is not overΓÇª slaying the |
| Khan Maykr left an imbalance of power that threatens all of |
| creation. The legions of Hell have razed the heavens, threatening |
| to expand their control across dimensions With the aid of an old |
| ally, battle your way back to Urdak and decide the fate of the |
| cosmos. Your mission is now your own. |
| |
| New Mission |
| Experience a new mission in your eternal fight against evil. |
| Unleash your vengeance and face your greatest test as you march back |
| to the MaykrΓÇÖs realm. Defeat powerful new threats, restore order to |
| the heavens and unearth the corruption that has thrown the universe |
| into chaos. |
| |
| NEW LOCATIONS |
| From the decks of the UAC Atlantica on Earth to the Blood Swamps of |
| Hell to the demon-infested Urdak, you will visit epic new locations |
| to battle the armies of Hell. |
| |
| NEW ENEMIES |
| Change your tactics as you face Hell’s newest threats that add more |
| depth and challenge to combat. Face the demon buffing Spirit and the |
| deadly Blood Maykr. |