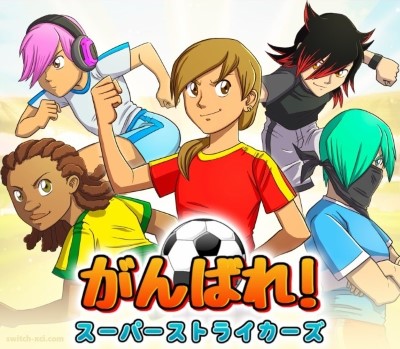 Fusion of tactical RPG and soccer game!
Train players and strengthen your team. Aim at the top of the world!
Dribble, pass, shoot!
Control your players cleverly and evade your opponent’s defenses to score goals!
Players will level up and become stronger as they enter the game.
Equip “Spikes” and other enhancements to master “Special Moves”.
Aim for the World Cup victory!

This game is a new game system soccer game that combines tactical RPG and soccer game.
It is a turn system in which the team and the opposing team act alternately.
Players are given a “number of actions” and a “stamina”, so be sure to give tactics and give precise instructions.
In the case of an attack, use your dribble and pass to break through the opponent’s defense and score a goal.
And when defending, defend your goal by arranging your defenses well.
“Yesterday’s rival is today’s friend!”
In Story Mode, the formidable rivals who fought in the domestic league will become the Japan team mate.
Lead the Japan National Team to defeat the powerful nations and win the World Cup!
In a multiplayer mode, fight a hot battle with your friends!
Now it’s time to kick off!