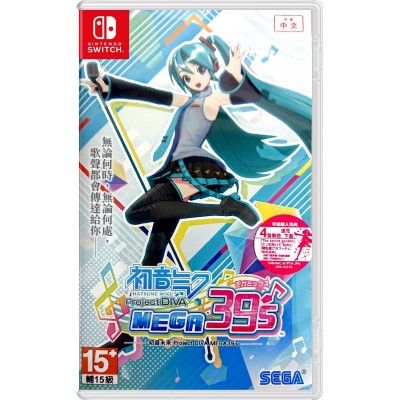 10th anniversary of the series, a rhythm action game starring a virtual singer “Hatsune Miku”! In this work, there are 100 songs featuring the history of 10 years, including the first recorded songs in the series, and a total of 101 songs with newly written theme songs. Rhythm games add a new game mode unique to Nintendo Switch called “Mix Mode”, in addition to “Arcade Mode”, which is similar to the traditional way of playing. In addition, the PV has been renewed with an anime touch!

Featuring 101 songs – 100 songs from the history of the series, including newly recorded songs plus the game’s newly written theme song
Over 300 modules – Costumes and new game modes made specifically for Switch
3D character models – It has been updated with an anime-style touch