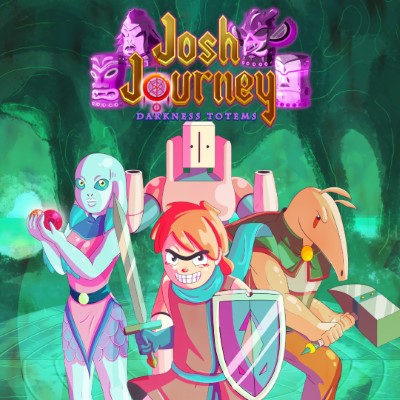 Josh Journey: Darkness Totems is a hand drawn beat’em up game about four brave heroes, that use their skills to defeat the Nightmare Monsters using special combo attacks in a co-op gameplay.

The Province World is infested by the nightmare monsters from the Dream World. The Darkness Shadow, the entity that controls the Dark Side of Dreams, are sending his creatures and implanting Darkness Totems to control the four main provinces: Wind, Water, Desert and Industrial. The main objective of our heroes are to fight against these evil forces, destroying the Totems to bring again the peace and harmony to their World.

Each hero in Josh Journey has unique skills, to attack face to face, using sword or hammer, or to attack from distance, using magic or gunfire. You can choose between four heroes during a local gameplay with your friends!

– Build Ability Board to make special attacks during the battles.

– A huge cast of cute and creepy enemies with different behaviors and attacks.