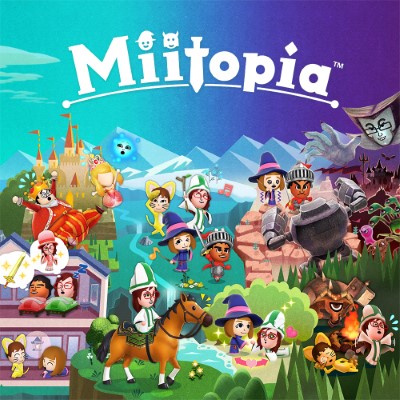 Star in a hilarious adventure alongside your family and friends!

Cast your friends, family, or anyone you choose in a comedy-filled adventure to bring down the face-stealing Dark Lord! Create and customize Mii™ characters, assign them roles, and watch them come to life. Laugh along as your best friend and dear old grandma team up in the fantasy adventure of a lifetime!

Have a blast with new features—including an adorable horse pal, wigs and makeup, and more—on the Nintendo Switch™ system.