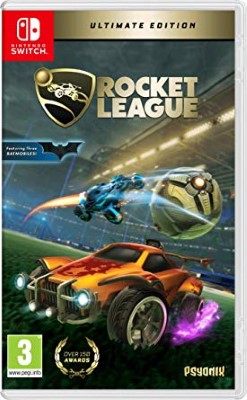 Welcome to the Rocket League arena, where football and driving collide! |

Winner or nominee of more than 150 ‘Game of the Year’ awards, Rocket League is a high-powered hybrid of arcade soccer and driving With rewarding physics-based gameplay. Take to the pitch for a
fully-featured offline season mode, multiple game types, casual and competitive online matches, and special ‘Mutators’ that let you change the rules entirely.