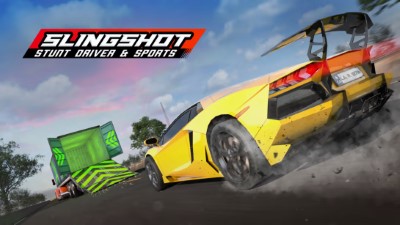 Are you the #1 stuntman in the world?
We bet you are!

In this awesome, one-of-a-kind driver arcade experience you will be able to:

– Adjust the strength of the sling shot
– Choose a jumping direction
– Watch your car jumping, flying, bouncing around until it goes smashing into the target…

… but only if you’re a skilled enough driver!

Aim carefully & try to land in the marked spot! For the coins you collect in each stunt you can buy awesome upgrades:

The further you get, the more challenging the terrain becomes and the more carefully you have to aim your jumping.