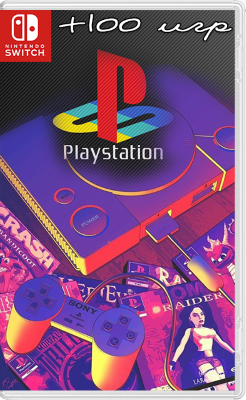 PlayStation (ン レ レ イ ス テ ー シ シ ョ ン ур эй ур ур с с с: ён, official abbreviation PS, PSX or PS1) is a fifth-generation game console developed by Sony Computer Entertainment under the guidance of Ken Kutaragi The console was released on December 3, 1994 in Japan, the prefix appeared in the US on September 9, 1995, and in Europe on September 29, 1995. The console is the first gaming system in the PlayStation lineup. In 2000, there was an updated version of the console called PSone, which differed from the original PlayStation in a much smaller size.
December 3, 2018 in honor of the 24th anniversary of the release of the original console, a miniature version called the PlayStation Classic was released, this distribution is also compatible with it under retroarch.

How to run your own games:
Put your PS1 games compatible with PCSX-ReARMed into the / retroarch / roms / psx / folder , select in the main menu in the first column: Load Content, /, then retroarch, roms, psx, your game, Sony PCSX ReARMed emulator core , play.
In the future, you can quickly open the game through the third History icon, or add it to your favorite Favorites list.
How to play games together on one console:
Go to the settings: Settings> Input, set Max Users = 2, activate Split Joy-Con 1 and Split Joy-Con 2 in the menu below, then start the game, go to the moment of selecting 2 players, then turn off the Retroarch with the Home button, go in the settings of the controllers, Change the retention / order mode, hold L + R on one, then on the other joycons, go back to Retroarch, press + on the second joycon, a second player appears, enjoy.