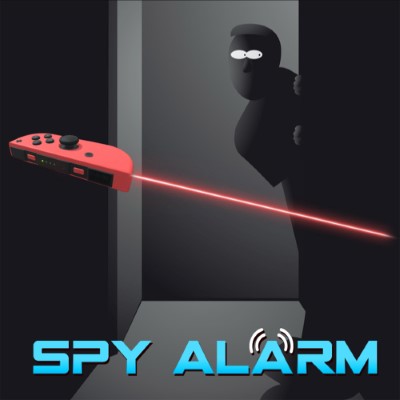 Spy Alarm works by transmitting an invisible infra-red trip wire which if broken sounds an alarm.

Switch between four different alarm sounds and as a bonus Spy Alarm comes equipped with an intruder logger which lets you see exactly when and how many times the alarm was triggered while you were away.

So how does it work? Spy alarm transmits an invisible infra-red beam from IR Camera at the bottom of the right Joy-Con™, if someone or something crosses the beam, the beams bounces back to the IR Camera which then sounds the alarm.

Spy Alarm works better if placed on the edge of a flat surface with a the range of up to 1 metre and even further when a white or reflective object breaks the beam.