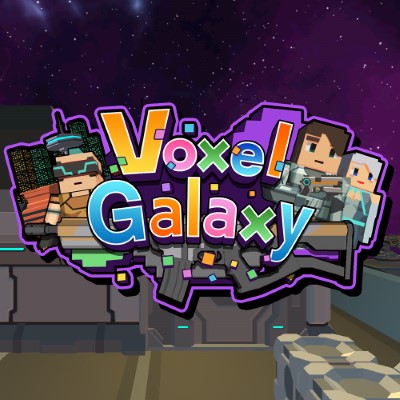 “Voxel Galaxy is set in a near-future world that is a blend of space and cyberpunk.

Use various weapons and equipment to take out your enemies in this easy-to-play action game.”

On the planet Voxel that resides in the far reaches of space, a rebel army struggles in their battle with the Voxel Empire who are plotting to rule the Milky Way itself.

The fighting grows more intense by the day…”

[Single]
Make good use of your weapons and defeat your enemies!
Use height and gravity differences to your advantage in each stage!
Create and execute your own plan of battle as you challenge powerful foes!
Complete missions and earn bonus points!
Aim for a high score on all stages!

[Multi]
Stand up to the menace from the stars with 2 and 4 players!
Work together with other players in battles where even a single mistake could mean victory or defeat.
Take the field with friends in epic battles!
Examine the geography and obstacles of each stage and use them to ensure your victory!


[Race Mode]
Enjoy high-speed races as you return to the void of space!
Stay ahead of the competition by mastering the hover feature to reach max speed!